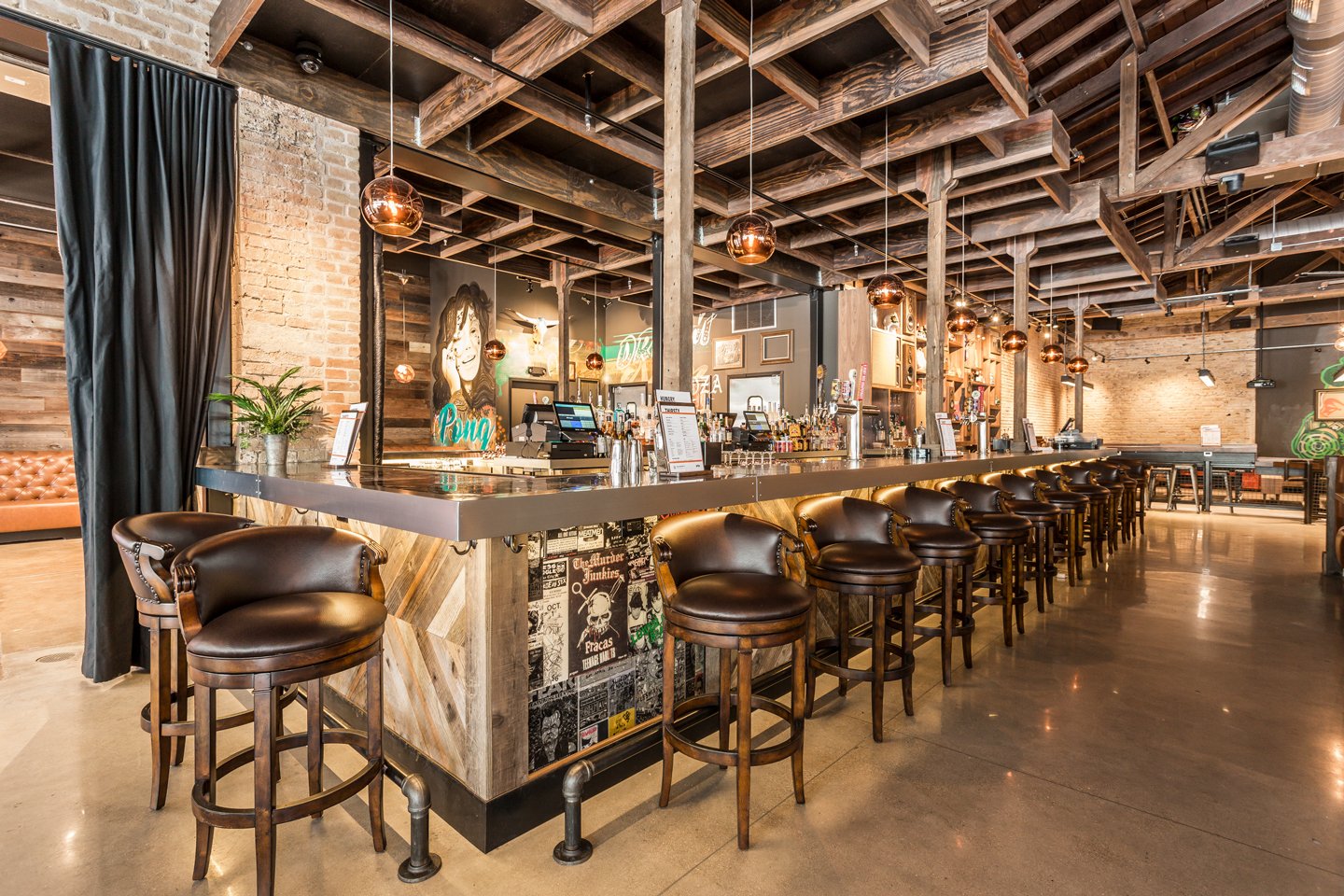 ARCO/Murray recently completed a renovation for SPiN Global to open their newest ping pong club in Austin, Texas. The 10,000 square-foot entertainment facility makes its home on Fifth Street in the building previously occupied by the iconic Antone’s Nightclub. In an effort to maintain the building’s nostalgia, ARCO/Murray rebuilt its façade to the original silhouette and highlighted existing features from the building, such as brick walls, wood trusses, and repurposed the original Antone’s bar tops into the new design.

The facility, which has 11 ping pong tables and holds over 500 people, includes a main playing area and a VIP space. The two areas are separated by a unique, wrap-around full-service bar and served by a full commercial kitchen. ARCO/Murray’s work on the interior included the installation of everything from custom millwork to floor finishings such as luxury vinyl and ceramic tile. Specialized light fixtures were used above each ping pong table to provide specific lighting conditions for the sport.

On the exterior, ARCO/Murray completed three new openings and a storefront entry using glass overhead doors in addition to the façade remodel. Adding to the facility’s unique appearance, SPiN invited professional local graffiti artists to create artwork for both interior and exterior walls.

ARCO/Murray built the first SPiN facility in Chicago in 2016. Since then, SPiN Global has worked exclusively with Barker Nestor as their architect and ARCO/Murray design-build firm as their dedicated construction partner for every SPiN store that has opened across the country, including locations in New York, San Francisco, Philadelphia and Seattle. SPiN is now bringing their concept to Washington DC in 2018.