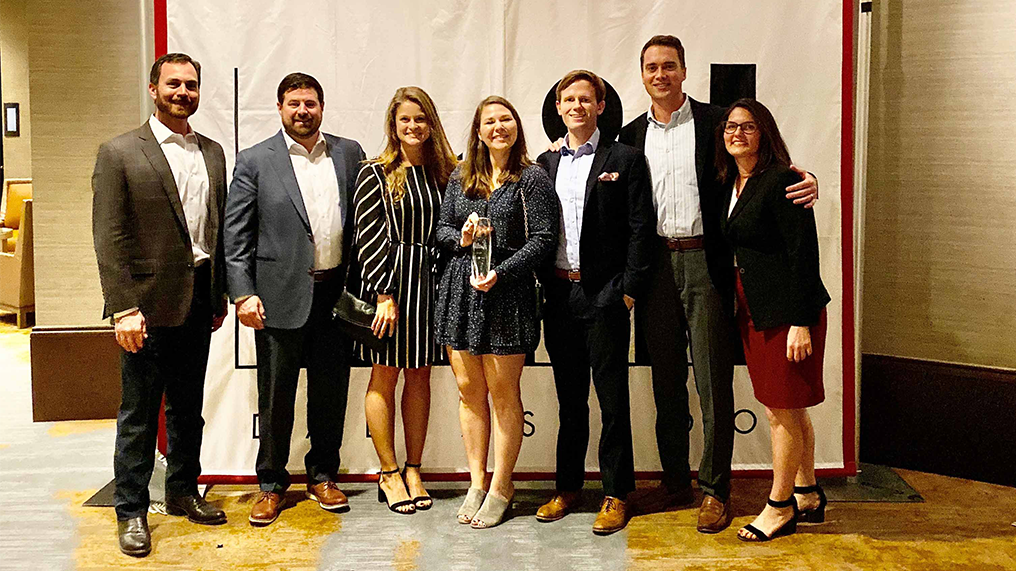 SMU Cox’s Caruth Institute named ARCO/Murray the number 10 company on their list of fastest growing companies at the Dallas 100™ awards. This is the third straight year that ARCO/Murray has ranked in the top 10.

Dallas 100™ honors the ingenuity, commitment and perseverance of the fastest-growing privately held entrepreneurial businesses in the Dallas area. The Cox School ranks them based on percentage growth and absolute dollar growth over the previous three years. This year’s winning companies collectively generated $3.5 billion in sales in 2018 and grew at an average annual growth rate of 82 percent from 2016 to 2018. Together, they created almost 7,000 jobs in that same period.

“ARCO/Murray is honored to be named in the top 10 among such a great group of businesses,” said Jason McLaughlin, Principal. “It is thrilling to see so many companies making a mark in this booming city, and we are proud to be one of them.”

ARCO/Murray is a single source national design and construction firm that specializes in commercial construction and real estate needs for Fortune 500 companies and individual businesses. The company focuses on understanding the client’s business to bring their vision to life. ARCO/Murray assists clients from concept to completion through the design-build process.

Honorees were recognized at an award ceremony on November 21st in Dallas. The winners represent a broad spectrum of Dallas-area businesses.