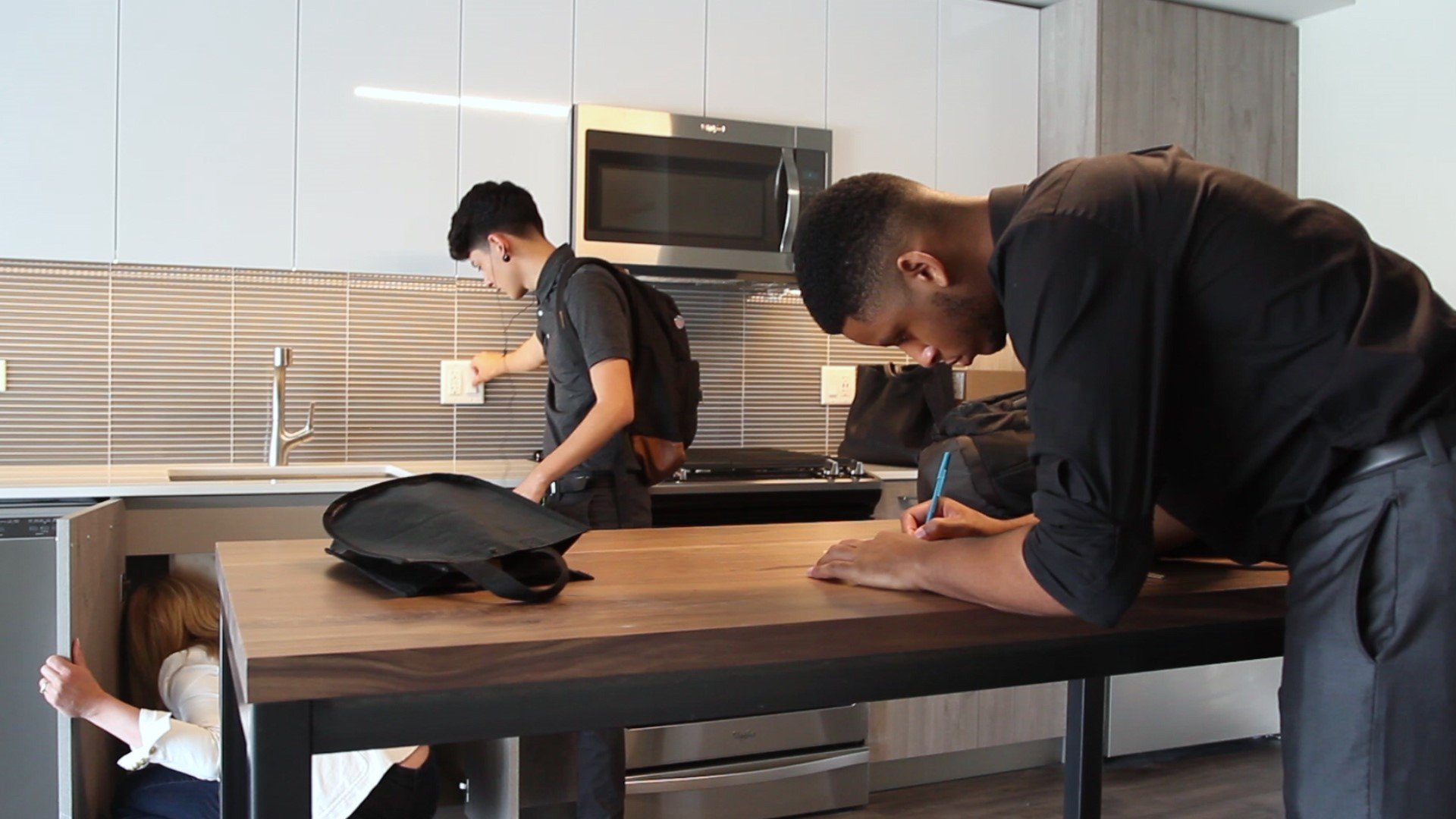 In July 2017, ARCO/Murray invited two EPIC Academy-graduates to intern with the design/build construction firm in a new partnership with the public charter high school. Since its establishment in 2009, EPIC Academy has been educating students on Chicago’s southeast side with an intentional focus on college preparation and professional exposure.

“We have a strong, unmatched belief in our students—in all students—no matter how they’re coming to us, in terms of their educational level. We believe that they can achieve and that we have the expertise and passion to help them reach that educational achievement that they need to excel in life,” says Myetie Hamilton, EPIC’s executive director. U.S. Census data indicates that 84% of adults in EPIC Academy’s neighborhood never attained a bachelor’s degree. Despite this daunting statistic, every senior graduating from the high school since 2013 has been accepted into colleges such as Emory, Northwestern and Illinois Institute of Technology.

ARCO/Murray, which boasts a culture of immediate responsibility for all new hires, cut no slack with Jovany Ponce and Chrisford Fausta, the two interns hired for the program’s first iteration. “They’re getting a lot of exposure to a professional setting, and we are trying to put as much responsibility on them as they can handle,” says Jeremy Wright, a project manager at ARCO/Murray’s Chicago office. “They’ve spent a lot of time updating our internal systems, our bid lists, talking to subcontractors, making phone calls and they’re soon going to be receiving bids for us.” Eric Palutsis, also a project manager at the same office, echoed this effort to immerse the interns in the working world: “I think everyone realizes the value of getting those students out into the workplace and transferring those skills from the classroom to the real world.”

“I think one of the best parts about this internship is that a lot of other people don’t have this much exposure early on… I feel like this this will strengthen my resume and make me a better candidate for whatever else I apply for in the future,” says 18-year-old Jovany Ponce. Jovany is enrolled at UIC this fall and intends to major in business management.

Chrisford, who hopes to become a teacher, expressed similar sentiments despite his course toward a much different field. “I believe this internship is paving the way because working in a school, you’ve got to work with your coworkers, sending emails to them and having lesson plans ready and printed out. I’m getting this early experience now so in the future, I’ll be completely fine,” he says. Chrisford is also enrolled at UIC this coming fall and plans to major in political science.

The internship program is not the first time that EPIC Academy has benefited from ARCO/Murray’s involvement. For the last four years, the firm has worked with students during week-long “intensives” during which ARCO/Murray associates present mathematical and geometrical problems taken straight from ARCO/Murray’s client work for the students to solve.

“What we lack in our low income communities is access to opportunity, so by providing this access through this experience in the workplace, we’re giving back to our communities by helping our students to be successful in contributing and successful in their future careers. I can’t place more emphasis on the importance of having these experiences, and I’m hopeful that it won’t stop here,” says Myetie Hamilton, whose vision is for every graduating senior at EPIC to eventually intern with more companies like ARCO/Murray.