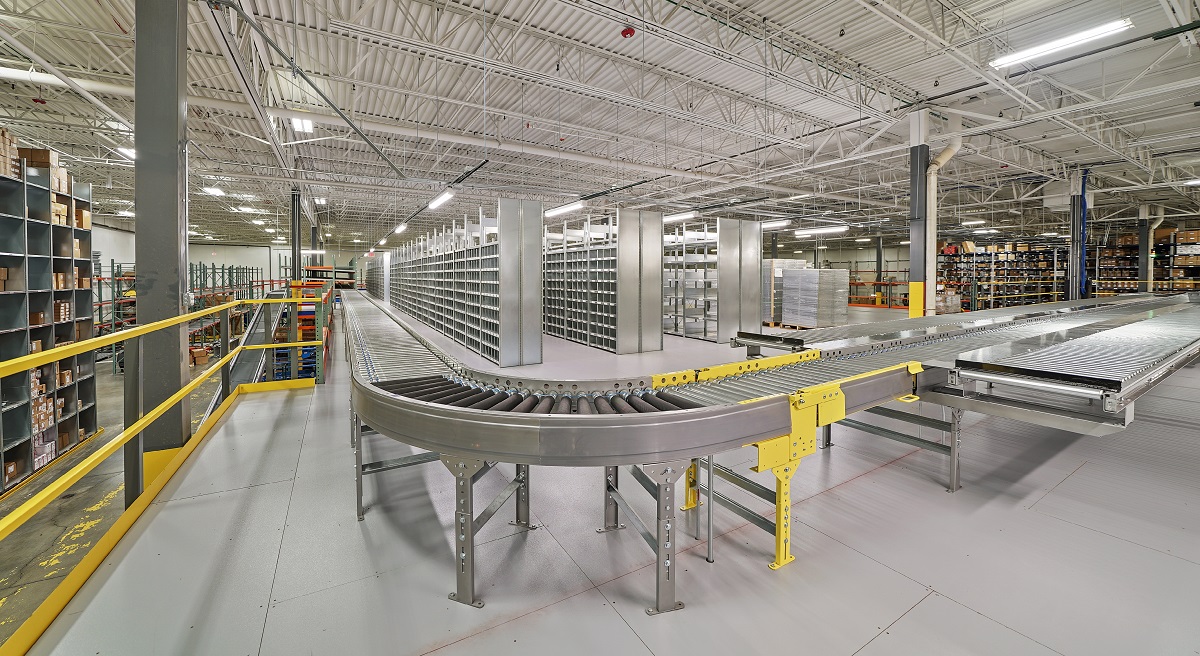 ARCO/Murray helped Neuco enhance its DC with a 10,000 SF mezzanine expansion completed in August 2020. The expansion comes on the heels of a 2019 design-build renovation of their new facility in Bolingbrook, Illinois.

Neuco, Inc., a family-owned master distributor of HVAC/R controls, recently celebrated its one-year anniversary in their new 145,000 SF Bolingbrook, Illinois facility. Back in 2016, Neuco hit a large growth curve, and it became clear more space was needed to unite the company’s staff and meet customer demands. Their staff was split among three buildings in Downers Grove, Illinois.

“We had 11 pounds of stuff in a 6-pound bag. We needed more space. Although we started the search early on, it took a long time to find the right place. Luckily, we found a larger facility in Bolingbrook, Illinois,” said Jon Neustadt, Vice President of Operations at Neuco.

Neuco partnered with ARCO/Murray on the buildout of their facility 10 miles down the road. The 2019 design-build renovation included new office space and common areas, along with enhancements to the warehouse, façade and parking lot. The goal of the renovation was to bring everyone under one roof and customize the space for greater productivity and camaraderie.

ARCO/Murray began the construction process with the demolition of the existing office space, which increased the footprint by 20,000 square feet. A multifunctional space was added that can flex between a break room, training room and meeting space. Mission critical solutions, including an emergency generator and redundant units for the IT room, were included in the renovation to ensure continuous customer fulfillment. Additional exterior windows were installed for more natural lighting and energy cost savings. A new mechanical system was designed to integrate with the building’s existing equipment, saving Neuco over $100,000.

During the warehouse renovation, ARCO/Murray helped manage the permitting process for Neuco’s conveyer system. Space was built out for a warranty and return area, private office for the warehouse manager and product photography room. On the exterior, ARCO/Murray created new points of entry for both foot traffic and shipping/receiving, while doubling the available parking spaces to better accommodate Neuco’s growing employee-base.

“The buildout gave us the opportunity to be more efficient with our space. Having the office staff be more involved with what’s going on in the DC is a huge strength for us. This facility brought everyone back together again, and we’re working hard to make it one we continue to grow into,” continued Neustadt.

Part of that continued growth included a 10,000 SF mezzanine expansion in the warehouse. ARCO/Murray’s Tenant Solutions team and Neuco partnered once again on the project, which was completed in August 2020. The buildout increased the mezzanine’s size by 65% and will help Neuco quadruple their current output. Other enhancements included a modified fire protection system to protect racking below the mezzanine as well as new energy efficient lighting.

To experience a better way to build, contact us: partnerwitharco@arcomurray.com.

10 Questions to Ask When Considering a Design-Build Partner