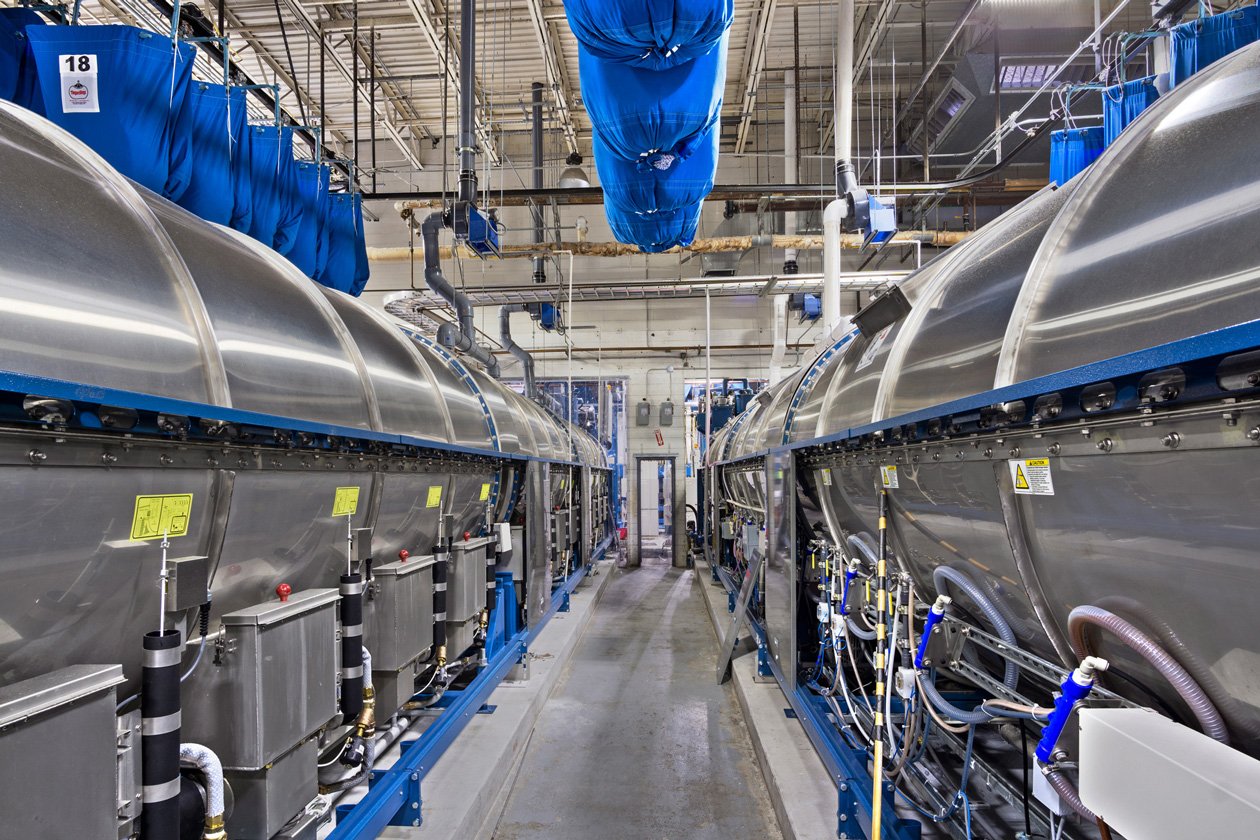 The existing washroom equipment was replaced with three new systems including 12-mod tunnel washers, presses and batch dryers. Replacement of the existing equipment was performed in three distinct phases. Each phase consisted of shutting down an operating tunnel line, removing the equipment, replacing it with a new tunnel, press and dryers, and bringing the new system on-line before moving to the next tunnel. With this approach, Bay Linen was able to stay fully operational during the project.