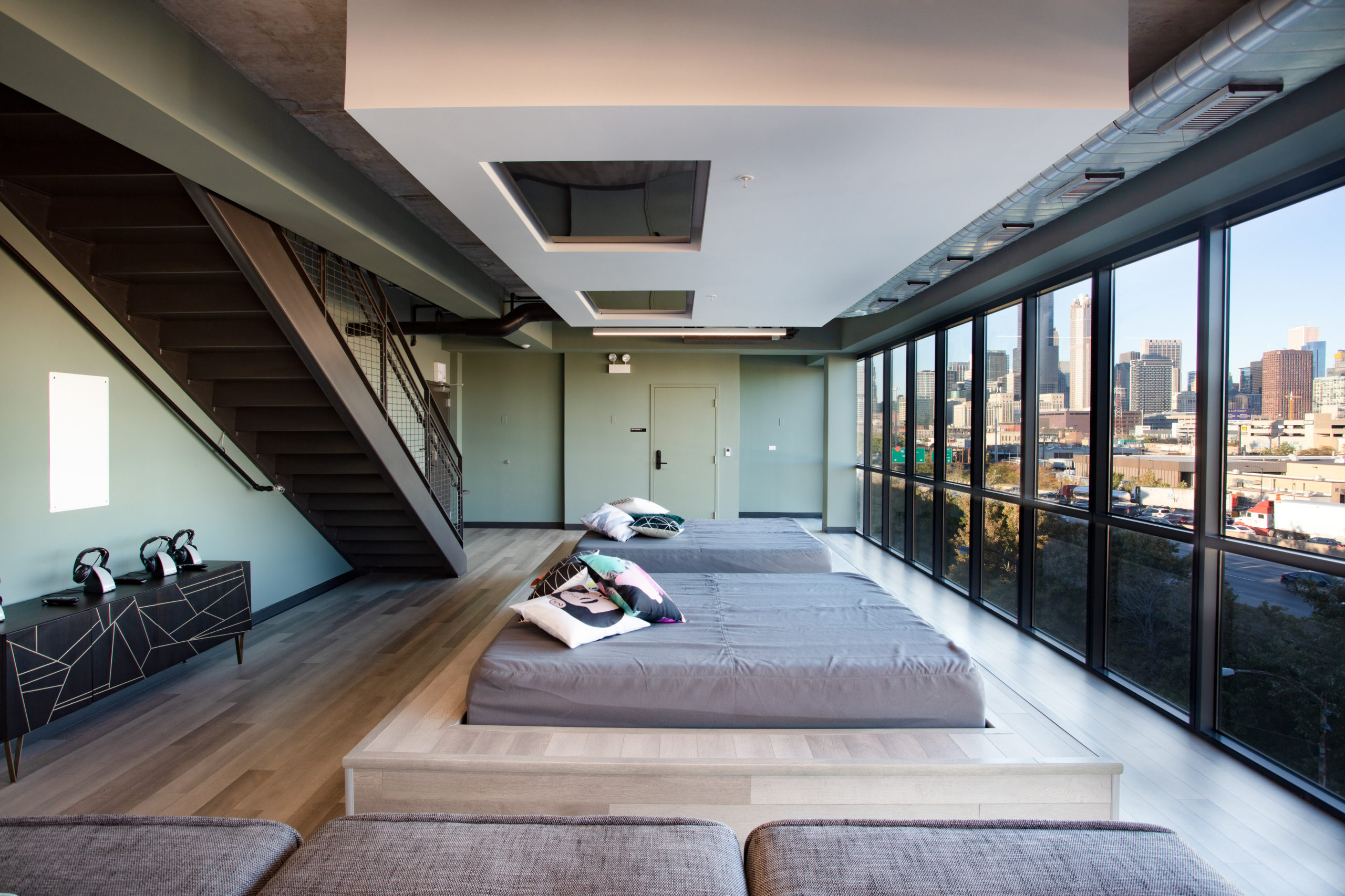 Truth: Coliving buildings are not traditional multifamily and should not be priced as such

The inherent nature of coliving communities requires that buildings designed to support them differ from the design of traditional multifamily apartment buildings. Unique features such as increased bathroom density, increased façade area, and increased amenity programming—just to name a few factors—all contribute to significantly different overall building costs. When stacked against the historical pricing metrics of “traditional” multifamily construction, it leads to an apples and oranges comparison.

In fact, for the inexperienced coliving builder, one of the most dangerous mistakes that can be made is to provide an incorrect budget early in the development process simply by utilizing assumed “per square foot” construction costs like other multifamily building, only to realize the mistake right before construction begins because these unique—and more expensive—features of coliving buildings are now unaccounted for in the construction estimate. Most coliving buildings will be more expensive when compared on a per square foot metric to a typical apartment building and therefore should be estimated accordingly on their own merit.

Myth: Coliving costs per SF are too high – “my pro forma won’t work”

Truth: Cost per bed is a far more reliable measurement for coliving returns

So how is it possible to construct a coliving building if cost metrics appear to be higher than typical multifamily construction? In reality, a more reliable measurement is the cost per bed of a development, since number one goal of any coliving building design is to increase rental income by increasing bedroom density. As noted above, this increased density adds to the construction cost compared to a “traditional” multifamily building but, if designed properly, is more than offset by the additional revenue resulting from the additional bedrooms. Since revenue is generated on a rent per bed basis, similarly, the proper metric for comparing construction costs is cost per bed.

Myth: Traditional multifamily designers and GCs are capable of efficient site adaptations to a coliving program

Truth: GCs with specialized coliving experience can go above and beyond when it comes to maximizing designs for the most value.

Like any construction project, designing a coliving project requires having the proper team on board to assist in both the design and cost estimating phases of the project as early as possible. For an innovative product type like coliving, this is especially important. Experience can play a pivotal role to ensure that a coliving project is intentionally NOT designed like a “traditional” multifamily apartment building. Since the most important design aspect for any coliving building is to maximize bedroom density, an experienced design team will know how to maximize the floorplate within a building site to accommodate as many bedrooms as possible—often leading to massings that unexperienced coliving designers may not have considered.

For example, consider an undeveloped piece of land being considered for a coliving building. A team that is unfamiliar with the intricacies of coliving likely would lay out the design of the building by adhering to “traditional” multifamily rules, such as double-loaded corridors and 30’ deep residential units:

These layout rules have proved tried and true for the traditional apartment building design—to maximize net rentable area—but do NOT necessarily lead to the most efficient coliving design. An experienced coliving builder would instead consider a radically different layout designed to maximize the quantity of bedrooms—to maximize the number of rent-paying tenants in a coliving building—than the similar “traditional” layout over the same site area.

Despite the atypical building perimeter façade shape, this layout maximizes the number of windows on each floor and, subsequently, maximizes the bedroom quantity. In fact, for this 125’ x 200’ site, the more efficient coliving layout increases the overall bedroom count by +88%—meaning that having the right coliving partner on the team from the beginning nearly doubles the revenue of the eventual development!

In a similar vein, it is important that contractors recognize the unique aspects of coliving buildings during the pricing phases to ensure that these components are properly accounted for in the budget. Contractors that traditionally rely on broad “per square foot” estimating for multifamily projects likely will not account for the costs of the increased density in coliving construction as discussed above. There is also a long list of unique design challenges that must be properly accounted for in order for a project to be successful, such as specialty code implications and increased privacy and individual mechanical, electrical, and plumbing (MEP) controls for individual tenants, and it is important to build these features into both the design and budget from the beginning by having the right partners on board.

All construction projects require bringing the proper design and construction team together from the start to ensure that the client’s project is completed on time, on budget, and with the quality they expect. Additionally, innovative coliving communities require having the right partner with the proper experience and expertise needed to create a successful and welcoming community that still meets the client’s budget despite the additional complexity.

Looking for the right partner? Experience a better way to build: partnerwitharco@arcomurray.com

Resetting TI Cost Expectations for Your Next Office Buildout

Common Budgeting Mistakes & How To Avoid Them

Video: Why Use Design-Build for Your Next Commercial Construction Project